Here are my top 10 albums of 2016. It was very hard to narrow it down to just 10, with albums like Radiohead’s A Moon Shaped Pool and Spring King’s debut narrowly missing out.

Amber Arcades’ debut album is full of beautifully crafted, and beautifully sung songs that demand your attention without being too overpowering.

‘Right Now’ is my favourite track on the album, with the western-y guitar riff throughout and very catchy chorus making for a v sweet cut indeed.

Teleman’s second album improved on everything that their debut, Breakfast, did. Opening track and lead single ‘ Dusseldorf’ is a brilliant track, with its twinkling synth backing and simple but effective chorus, it sets the rest of the album up nicely, and what am album it is. 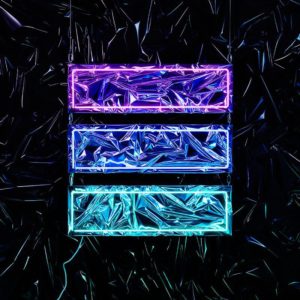 Coming back from a break of 4 years without an album, Two Door Cinema Club returned with a focused, disco-y album full of instantly catchy tracks.

Lead single and opening track on the album ‘Are We Ready? (Wreck)’ was made pretty much FIFA ready with the track easily being in the running for catchiest song of the year. However, that title could also be taken by a few other tracks off this album, ‘Ordinary’ and ‘Bad Decisions’ to name a few.

Mid-album tracks like ‘Lavender’ and ‘Fever’ are not as instant as the big hitting singles, but they are by no means filler, with ‘Invincible’ sounding like the best ‘School dance at the end of a teen movie’ song you have ever heard. 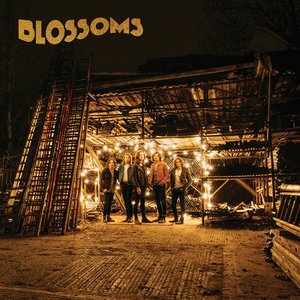 You can say what you want about Blossoms, but you can’t deny that they can write a bloody good pop song. In fact, i’d say about 12 of them.

Each track on this album is brilliantly produced by the Coral’s James Skelly, with his production only adding to the already brilliant songs penned by Ogden and co.

The collection of tracks sounds more like a greatest hits collection than a fairly new band’s debut album, with ‘Charlemange’, ‘At Most A Kiss’ and ‘Getaway’ being the LP’s opening three tracks this is an incredibly strong first try. 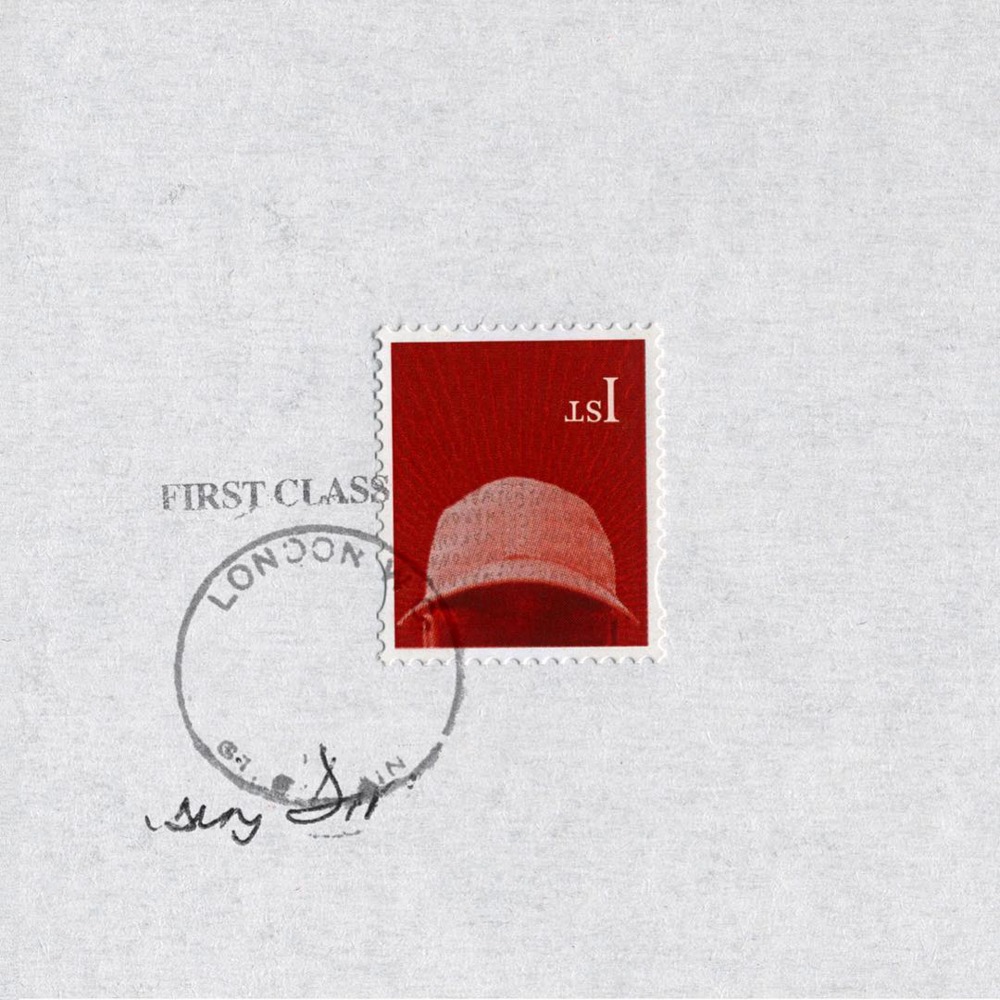 From ‘Lyrics’ featuring Novelist, to ‘Numbers’ with Pharrell, Skepta is still the main attraction on each of the tracks even with such impressive features.

‘That’s Not Me’ featuring Skep’s brother Jme is the highlight of this album for me, having seen the crowd’s reaction to it and other tracks off the album first hand at Leeds festival this year really shows how much of an impact Skepta, and grime as a whole has had this year.

This album won the mercury prize this year and it is very easy to see why. Each and every track on this album is an example of why Skepta is the very best around at what he does.

From the opening track ‘Consideration’, you can tell that this is going to be a different kind of Rihanna album than we are used to, and it is.

The album includes a cover of Tame Impala’s ‘New Person, Same Old Mistakes’, which when I first heard news of I was worried but she makes it sound like the song was written for her. (It could be just that the song is just so well written in the first place but idk).

More subdued than her previous efforts this is, in my opinion, her best album to date. ‘Desperado’ sounds like it is right out of a dramatic movie trailer in the best possible way, but at the same time it is not over-produced; the same goes for the whole album.

The Life Of Pablo is Kanye West’s seventh full length album, which was released originally solely through the streaming service Tidal, eventually getting a general digital release after he was done making changes.

In the run up to the album being released he teased that it was going to be a gospel album, with many people laughing him off, but when the first track ‘Ultralight Beam’ kicks in you can see he definitely wasn’t lying, with the gospel feel strongly continuing in tracks like ‘Low Lights’.

The album is like a scrapbook of Kanye’s ideas, with the album’s tracks flowing into one another with each sample being perfectly placed, at one point he uses Desiigner’s ‘Panda’ in the track ‘Father Stretch My Hands Pt.1’ that massively improves upon the original. ‘No More Parties In LA’ uses a variety of samples to create Kanye’s own custom funk backdrop to the Kendrick Lamar featuring track.

I feel like the album is at its best when at its most mellow however, with ‘Real Friends’ showing Kanye really opening up over a really thought-provoking, subdued beat. “When was the last time I remembered a birthday” he asks, going on to talk about how he is sick of people only wanting him when they want something.

The (sadly) final A Tribe Called Quest album was released in November and it quickly shot up this list as well as many others, with the album topping the Billboard 200 in America.

Sampling from sources like Gene Wilder in Charlie and the Chocolate Factory may seem strange but it fits in perfectly on opener ‘The Space Program’, as does everything else on the record.

The album boasts features from Kanye, Kendrick, Jack White, Busta Rhymes and Elton John, and features the late Phife Dawg, as the album began recording in 2015 before he passed away.

The album easily manages to carry their sound into 2016 without it even slightly sounding like a cash-in on their legacy; perhaps they were that far ahead of their time back when they were first starting out that we’ve finally caught up with them.

The Crookes made it clear they mean business on this album. From the slow, scene setting opening track ‘Brand New Start’ to the conclusion with a sequel to that track, Lucky Ones is a near perfect pop album.

‘The World Is Waiting’ kicks the album off proper, with the chorus being one of, if not the catchiest of the year. (with a good oooh ooh ee oooo bit to get stuck in your head for weeks on end.)

Lead single ‘I Wanna Waste My Time On You’ is again, annoyingly catchy, but also lyrically impressive, with the chorus invoking pictures of fun times to be had in the future with someone you perhaps haven’t even met yet.

Title track ‘The Lucky Ones’ has one of the simplest synth melody throughout it, but the more you listen to it, the more complex you realise the track is; the layers of echoes and synth effects on the track mean that the chorus of the song is almost hazy. I like it.

‘Real Life’ really shows great lyrical skill, with ‘Real life sucks me dry
I wanna sleep all through the day, this world will take the colour from your eyes’ being one of those phrases that seem very personal but also easily relate out to a lot of people.

Recent single from the album ‘Roman Candle’ is my favourite from the album; the swirling synths and dreamy chorus make for another brilliant track, with again the lyrics shining through ‘Just be yourself, I’m not an easy thing to be’ really resonating with me.

Often a reprise can be cheesy or feel tacked on to the end of an album to fill time, but B.N.S pt. II really does bring the album to a beautiful close.

This is the english version of the debut album from the French singer, songwriter and producer Heloise Letissier under the stage name Christine and The Queens. Having already made it big in her home country, 2016 was the year that her appeal rightly spread across the channel.

The album on the surface can be seen as simply brilliant pop music, with all the songs having great hooks and choruses (just try and get Tilted out of your head after hearing a few seconds of it) throughout. The real brilliance in this album is when you realise its complexity.

From the first track, ‘iT’, the album begins to explore topics like gender and sexuality, with lyrics like “She wants to be a man, but she lies, she wants to be born again” and “there’s nothing you can do to make me change my mind.” This is explored throughout the album, with ‘Science Fiction’ stating that “In this sea of eyes, every move’s a coup” proving that this is an artist not afraid to be themselves, or to push boundaries.

‘Paradis Perdus’ is an interpolation of Kanye West’s ‘Heartless’ and French Singer-Songwriter Christophe’s 1973 song ‘Les paradis perdus’. Despite Letissier and West’s styles being completely different, she has arranged this in such a way that it works perfectly.

Hopefully this is the start of a long and brilliant career for Christine, but even if not, this album is something to be more than proud of.

Below is a playlist with some of my top picks from the albums;